Elf on the Shelf has been part of millions of family’s holiday traditions for over a decade. 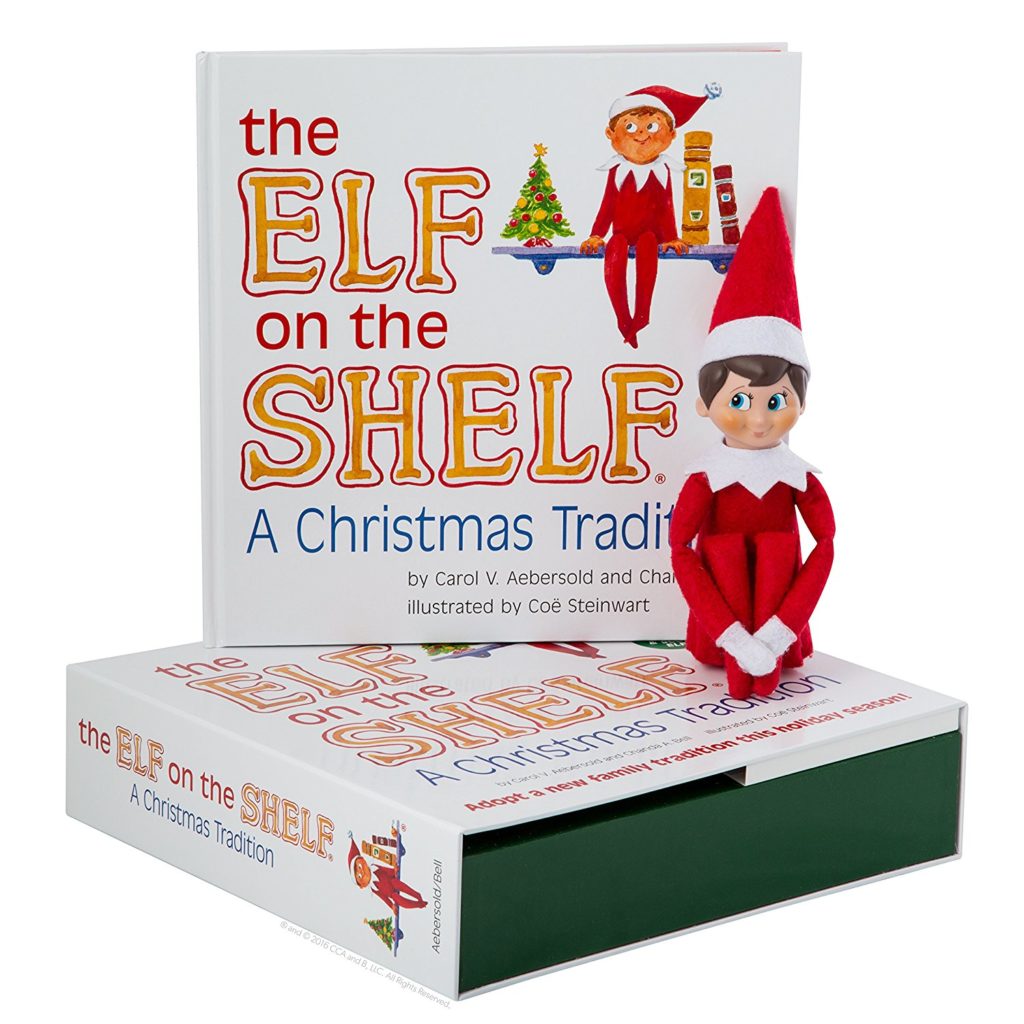 Though not an Elf on the Shelf owner myself, I (Becky) do appreciate my friend’s creativity when it comes to their Elf getting into interesting situations.

I find the images of The Elf doing funny things like getting caught in the flour bin, taking fake poopies on cookies (Hersey’s Kisses) and riding in Barbie’s Dreammobile pretty entertaining.

Can you imagine Christmas without some of the side-splitting images of these elves doing “elf-ish” things?!

I also know that the history of Elf on a Shelf is pretty interesting as well.

How The Elf on the Shelf Holiday Tradition Came to Be

The Elf on the Shelf: A Christmas Tradition is a 2005 children’s picture book, written and self-published by American author Carol Aebersold and daughter Chanda Bell and illustrated by Coë Steinwart, featuring a Christmas-themed tale, written in rhyme, that explains how Santa knows who is naughty and who is nice.

In accordance with the traditional story, The Elf on the Shelf usually begins at Thanksgiving and continues until Christmas Eve when the elves return to the North Pole until the next holiday season.

The Elf on the Shelf comes in a keepsake box that features a hardbound picture book and a small soft toy in form of a pixie scout elf.

The Elf on the Shelf story was created in 2004 by Carol Aebersold and daughter Chanda Bell over a cup of tea. Bell suggested they write a book about their own family tradition of an elf sent from Santa who came to watch over them at Christmas time.

Aebersold’s daughter, Christa Pitts, was recruited by the family to share her expertise in sales and marketing. Together, the trio devoted the next three years promoting their self-published book and attending book signings and trade shows. 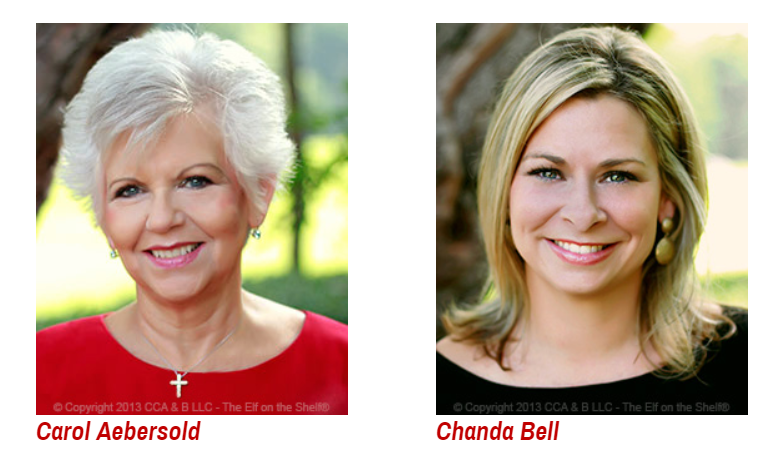 The Elf on the Shelf won the Best Toy Award by Learning Express, won Book of the Year Award from Creative Child Awards and National Best Books Award sponsored by USA Book News in 2008.

In 2012, The Elf on the Shelf made its first appearance in the Macy’s Thanksgiving Day Parade alongside fellow parade newcomers Hello Kitty and Papa Smurf.

The Elf on the Shelf brand is now a global phenom and has inspired other products from the Aebersold/Bell empire including their Elf Pets series, the Elf on a Shelf Birthday Tradition, and also animated DVD’s.

Both Laura and I are in awe of the determination and innovative thinking that has made the Elf on the Shelf the well-recognized part of holiday fun that it is.

The Aebersold clan is so committed to the hopes, dreams, and Christmas spirit for children; it’s like they work for Santa! 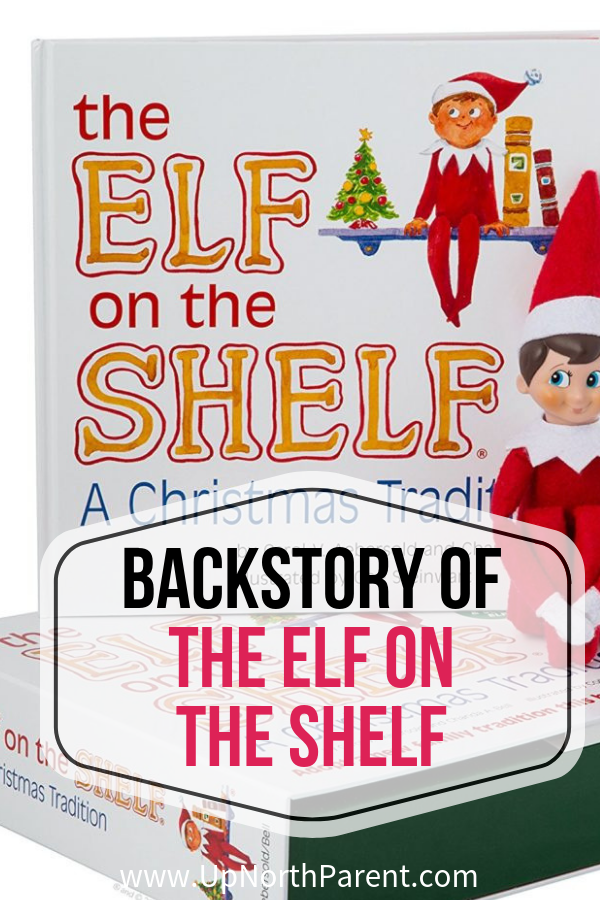